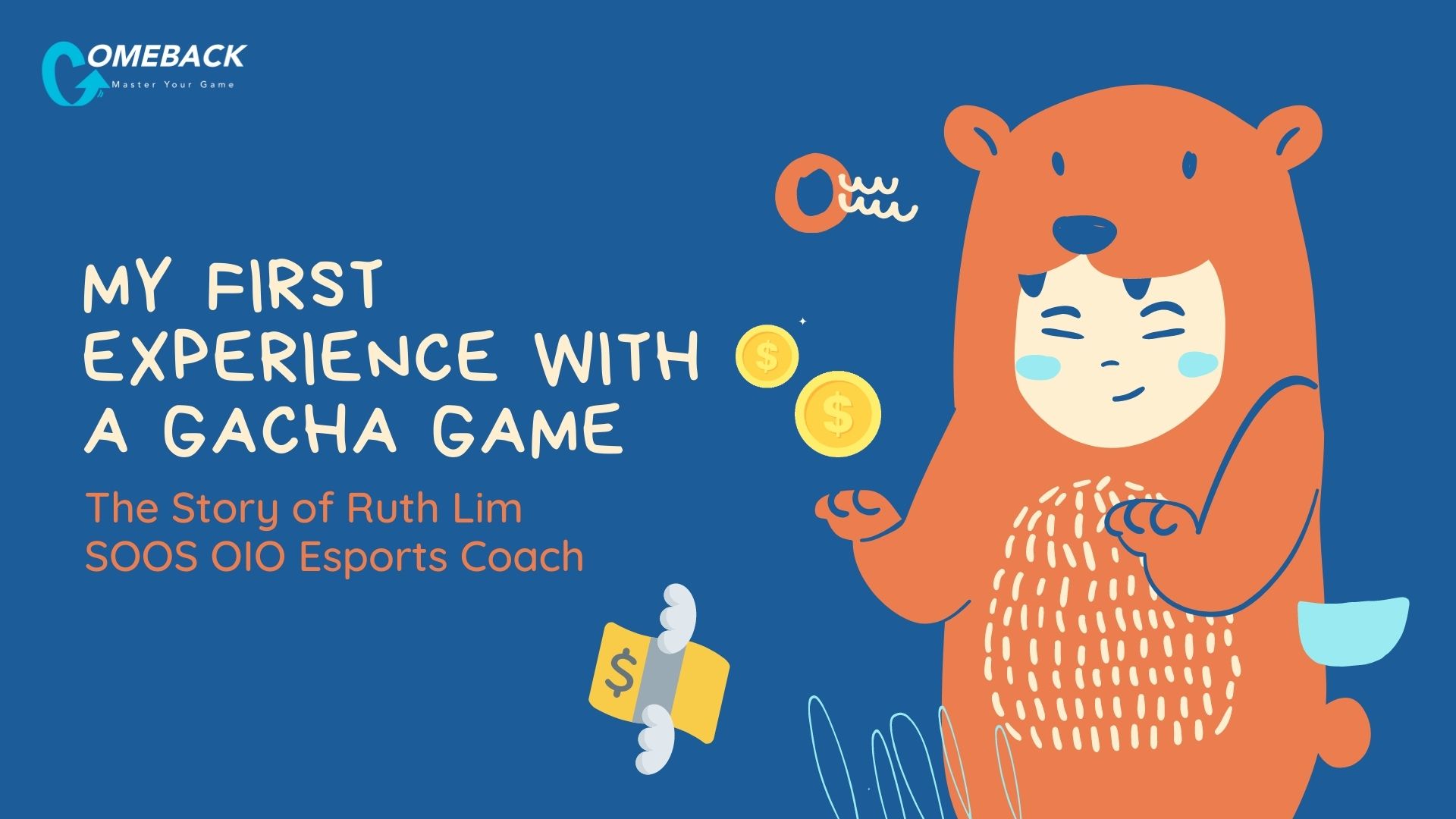 Recently, there were several  articles about loot boxes and how it can be addictive to players:

“What exactly are loot boxes?”

Loot boxes are in-game mystery boxes which may contain desirable in-game items such as strong weapons, beautiful costumes and rare characters. It is usually not possible to buy or trade these items directly. The only way to earn them is to try your luck in these loot boxes, which can be exchanged with in-game currency earned while playing or purchased with real cash. Despite the probability of getting the desired item is less than 1 percent, the players are still motivated to increase their chances by getting more loot boxes.

Games of such nature are also known as gacha games, which stems from the Japanese capsule toy-vending machines called Gashapon or Gachapon. Amongst the gaming community in Singapore or even Asia, we tend to use the term gacha instead.

So how exactly are these gacha games so attractive? In order to explain, I thought it would be better to share my personal experience from my first gacha game.

My First Experience with a Gacha Game

I have always avoided Gacha games as I hate games which requires me to pay to win. Also, as an explorer player type, I like to collect every single character at least once and I cannot do this in a gacha game without paying a huge amount of money. If you would like to find out what player type you are, you can try the player type test here: https://www.comeback.world/test/gamer-player-types-test/

Just before free-to-play role-playing game (RPG) Genshin Impact was released, my friend shared with me about the game and was excited about its launch. Out of curiosity, I asked him to explain what kind of game it is so that I could decide if it was something I wanted to try. Interestingly, the first response I received was “Do you play gacha games? Be prepared because this is a gacha game.”

With my gaming knowledge and prior experience with game addiction, I thought that I would be more resistant to the lure of gacha considering the fact that I hate playing with real cash. Thinking back, I was naïve to think so and the struggle not to think about unlocking a character in Genshin Impact is real.

The game as a whole was enticing with fun gameplay, beautiful anime-styled characters and interesting quests to complete. It felt like a full-fledged RPG that I could play for free. Before reaching Adventure Rank 5, there was no mention about spending or in-game currency, which allowed me to experience the world and interact with the characters without much consideration. As the interaction increases, so is my attachment to the characters.

Once Adventure Rank reaches 5, the tutorial guides you on how to exchange the in-game currency for an in-game item. A flashy animation will play while waiting for the item and/or character to appear, making me anticipate for my reward. A common term for this exchange process is called rolling, like how one rolls the dice.

In a gacha game, the player has no influence on what rewards we receive, and for Genshin Impact, the odds of getting a highly-ranked character is 0.6 percent as informed by the game itself. After completing the tutorial and upon reaching Adventure Rank 7, the players are provided 45 rolls.

After receiving my rewards, I plan to move on with the game. However, after sharing my roll results and watching livestreams , I started to compare and ended up being discontented with what I had. As I progressed with the story, I realized there were characters that I want in my party.

In order to get a specific character without spending initially, the only way was to create a new account, go through the whole tutorial and hope that I get my character within 45 rolls. This process of creating a new account is called a reroll. The time spent to reroll is about 30 to 45 minutes. What happens if the desired character isn’t attained? Repeat.

Although logically 0.6 percent is a really low possibility, the fact that my friends attained the characters made me feel as if I could also get it. Some received theirs in the first few rolls. Despite rolling eighteen times for a certain character, I remembered screaming over the Discord chat with excitement.

I thought that I could stop rolling after this and realized how naïve I was. In order to strengthen this character, I needed to get duplicates of the same character. There was also a character that I wanted which is not available yet, and I was already discussing with my friends if I should start buying the in-game currency to increase my chances. This is before I started on collecting the right weapons and equipment for each character.

At the end of the first week into the game, I have rolled forty accounts and none with my desired lineup. By this time, my friend intervened, and reminded me of our first conversation about the game. That I was losing myself to the temptation of the gacha, becoming one of the others, playing to collect everything instead of simply enjoying and appreciating what I already have. The reason why it was tempting to spend on my characters is that I have already invested so much time to reroll. I felt that it was a waste to not strengthen my favourite character as irrational as it sounds.

How much does it cost to maximise a character?

The calculation below is based on what I want to get and calculation can vary for others.

For Genshin Impact, there are 3 tiers of rarity: 5-star, 4-star and normal. There are also two types of reward: weapons and characters.

I want to get a highly-ranked 5-star character like most  players  and the probability of obtaining it is 0.6 percent. However, if you have used up 89 rolls without obtaining a 5-star character, the game will give you a free 5-star character on the 90th roll. This is known as a pity roll where you are compensated for your bad rolls. The player is also guaranteed a 4-star or above item/character once per 10 rolls.

You would need 160 primogems, an in-game currency, to exchange for 1 roll. The calculation below is based on the smallest package which provides 60 Genesis Crystals for SGD1.48. These Genesis Crystals can be converted to primogems at a 1:1 ratio. Take note that the calculation is an estimate and does not take into consideration the gems you can earn through the game or attain from duplicates.

After finding out that the entry point to  maximize my character is $ 2841.60 with no guarantees, I decided not to spend this amount of money to keep my false hopes up.

It took me some days to consider before making the hard decision even though I have not spent on the game. The tempting thought of getting everything through spending lingers. My plan now is to save 180 rolls for a character when he appears as a promotional character, without paying.

Even with all the prior experiences and knowledge, it is still easy to fall prey into gacha games especially with the influence from other fellow gamers who have spent thousands of dollars to get their desired characters and weapons.

If you are already playing similar gacha games and looking for tips to self-regulate, you can consider the following suggestions:

If you have tried many times to reduce your gacha spending but failed, and it is causing you and/or your family/friends a lot of stress, you can contact us at COMEBACK for help.