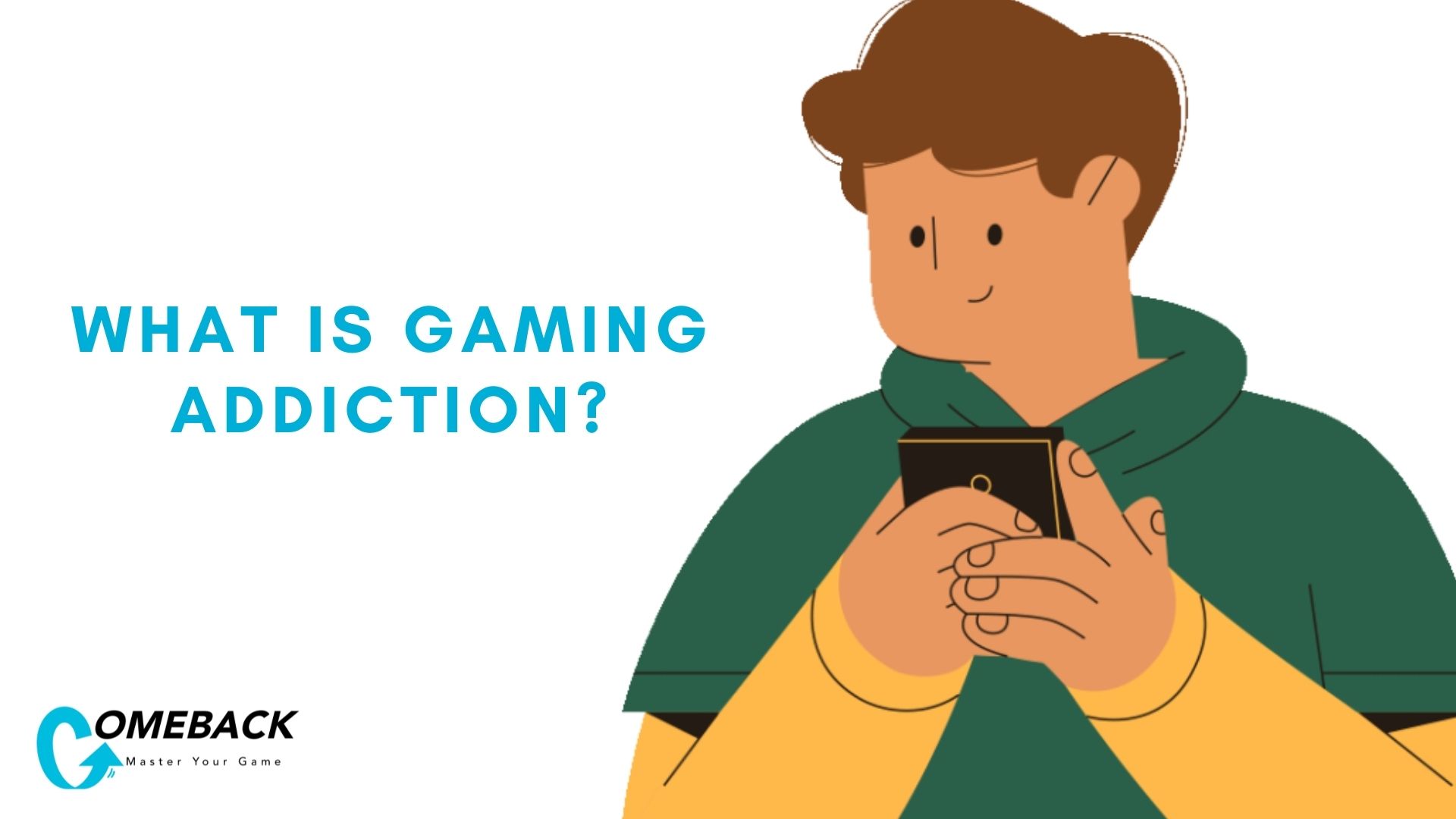 A Gaming Addict. We often hear this label being used to describe someone who is playing video games excessively. While everyone has their own take on how much is considered excessive, many can agree that the line is crossed when real life priorities are neglected. For some, this may mean skipping school, avoiding social activities, or even neglecting personal relationships in a bid to play more. Does this mean the gamer is addicted?

Around the world, there are roughly 3%1 of the population who might be addicted (i.e., meet the clinical diagnosis for gaming addiction). That is roughly 1 in 33 gamers.

Things are much less optimistic in Singapore. Even back in 2010, the numbers were already close to a three-fold increase, going around 8.7%2 of the population. One can only imagine how the situation has become in recent years, particularly with a rapid shift toward the online space as the Covid-19 restrictions came. In fact in 2020, our team at COMEBACK had surveyed roughly 2700 Secondary School students, and found that roughly 1 in 5 students had exhibited some levels of video gaming addiction (https://www.comeback.world/category/reports/).

This would hardly come as a surprise for many. After all, Singaporeans are one of the most active gamers in Asia, clocking an average of 7 hours and 36 minutes gaming per week. In comparison, even other tech savvy countries like Japan and South Korea only averaged at less than 7 hours per week.

With the odds so heavily stacked against us, we find ourselves wondering about a particular question: why aren’t there more gamers that are addicted? After all, if games were so addictive and being played for much longer hours, wouldn’t there be more addicted gamers than non-addicted ones?

The reality is that gaming addiction goes beyond the number of hours spent. The World Health Organization4 classifies gaming addiction as beyond just excessive gaming, but also having “impaired control over gaming”, “increasing priority given to gaming over other activities”, and the “escalation of gaming despite the occurrence of negative consequences”. Similarly, the American Psychological Association also proposed a list of diagnostic symptoms to identify someone has Internet Gaming Disorder (i.e. addiction) although they state that more research is required. For a clinical diagnosis to be met, the gamer must meet at least five or more of these symptoms over a period of one year6.

Hence, a diagnosis for gaming addiction does not appear so simple and straightforward. But why is such a diagnosis necessary?

To reiterate, gaming addiction is not just about playing excessively. Similar to other forms of addiction, the defining characteristic of a gaming addict is the enduring biochemical changes in the brain as a result of continuous, prolonged gaming, which results in the aforementioned symptoms and an impaired sense of control over their own behavior. Oftentimes, the gamer may find it difficult to stop even if he or she wants to, resembling a state of entrapment in the behavior. The altered neurobiological changes in the brain is one reason why addiction has often been referred to as a brain disease7.

So if someone does not meet the criteria for a gaming addiction, does that mean he or she is fine?

In most cases, gamers may fail to meet the full diagnostic criteria of an addiction. This is in line with our own experience on the ground, observing that many excessive gamers exhibit just one to two symptoms, or just showing the beginning stages of impairment in their own lives. Such cases are what we at COMEBACK would refer to as a game dependency, as opposed to an addiction.

While game dependency is not an official term, the word dependence has been widely used in the addiction literature, denoting a state of physical dependence which typically exhibits the symptoms of tolerance (requiring a higher dosage) and withdrawal (side effects following the absence of the substance or behavior). If left unchecked, what usually follows after dependency may very well be a full blown addiction8.

How then can we know if someone has game dependency?

At COMEBACK, we have a publicly available, self-report screening tool, Game Dependency Test, that encompasses the proposed symptoms by the American Association Psychology. Completing the 20-questions test would provide a score that is an estimate for the level of game dependency. While the test provides a quick snapshot of how problematic the gaming has become, it is important to consult a psychologist for a more accurate assessment.

What can be done if someone has game dependency, or even a full-blown addiction?

It is never too late to intervene. At COMEBACK, we provide intervention through 1-to-1 individual consultations and group-based therapy for gamers. Our psychologists are highly experienced working with video gamers, being avid gamers in the past (and present) themselves.

As video gaming has been widely shown to enhance positive development in multiple aspects of the gamer’s life (e.g. cognitive, psychomotor and social skills), our approach at COMEBACK has always been toward striking a healthy sense of balance between their games and real life priorities – harnessing the positive elements of games to ensure a holistic development in their lives. As the saying goes: work hard, play hard!

If you or your child needs help with game dependency, please feel free to contact us at https://www.facebook.com/comeback.world/.