Deprecated: Array and string offset access syntax with curly braces is deprecated in /home/dh_zmfmfy/comeback.world/wp-content/plugins/wp-testing/src/Facade.php on line 52 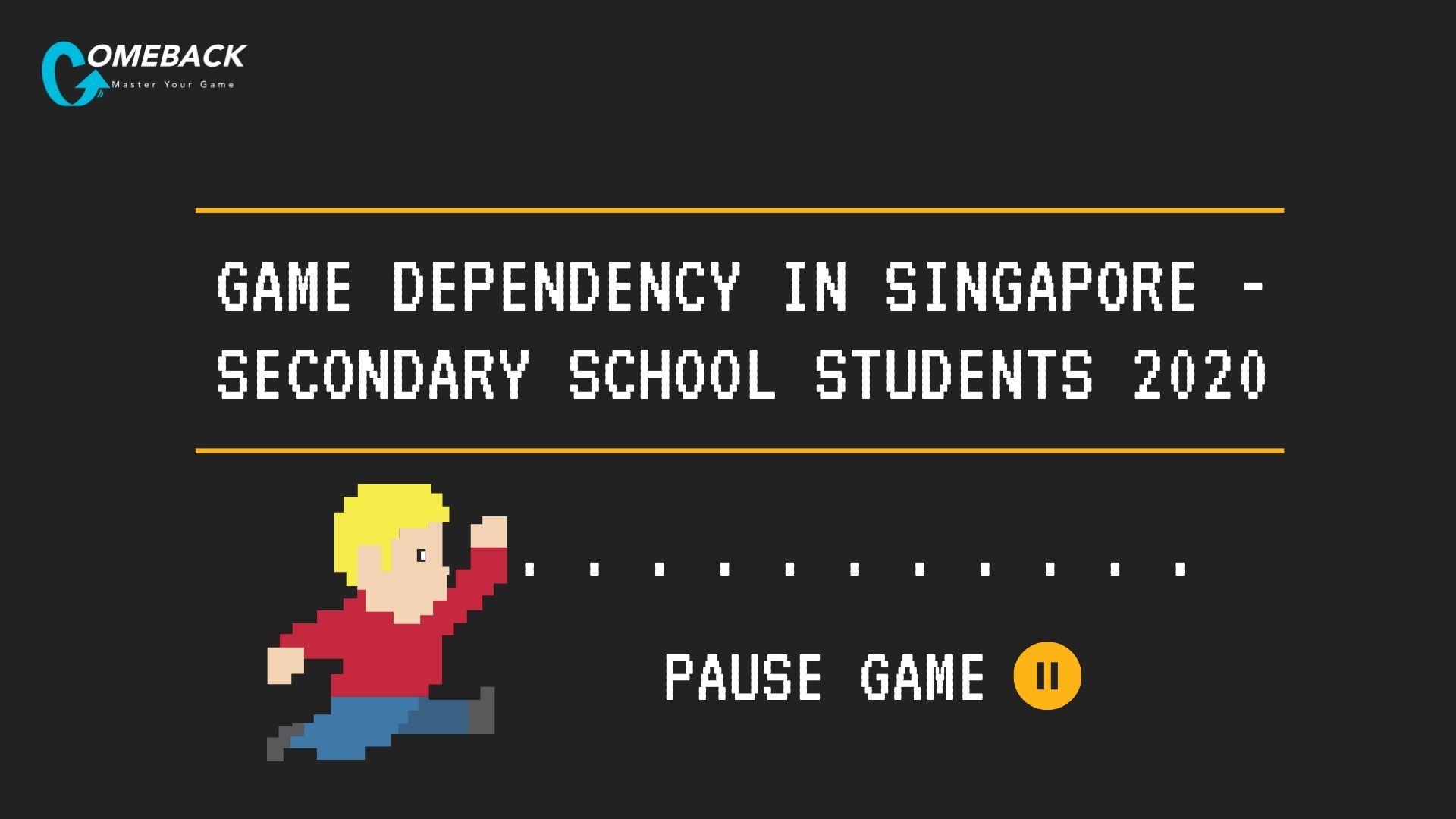 Game dependency refers to a situation where gamers become dependent on games, engaging in a gaming lifestyle that disrupts some areas of their lives. Some areas of disruption include relationships, school or work performance, and personal health. The National Institute of Education (NIE) conducted a study¹ in 2010 on pathological video-gaming rates in Singapore, and reported a prevalence rate of 8.7%. In addition, Touch Youth Intervention – a division of Touch Community Services – reported local game dependency rates close to 11%, based on their internal findings. With the increased accessibility in gaming and mobile devices, game dependency rates can be reasonably expected to increase over the years. The aim of this study is thus to assess the current game dependency rate among Singaporean youths.

The survey was conducted on Secondary school students across seven different public secondary schools in Singapore. The COMEBACK Game Dependency Test (GDT) was used to assess for game dependency. It is a 20-question, self-report questionnaire developed by Registered Psychologist, Nicholas Gabriel Lim, that was adapted from the Gaming Addiction Screening survey utilised in the NIE study in 2010. The GDT consisted of additional questions to reflect the proposed criteria of Internet Gaming Disorder in the DSM-5, and can be accessed on the COMEBACK website (https://www.comeback.world/comeback-game-dependency-test/). A reliability analysis demonstrated that the GDT has excellent internal reliability scores, with a Cronbach α score of 0.9, well above the acceptance range of 0.7.

To download a PDF copy of the report, you can go to: http://bit.ly/GDReport2020