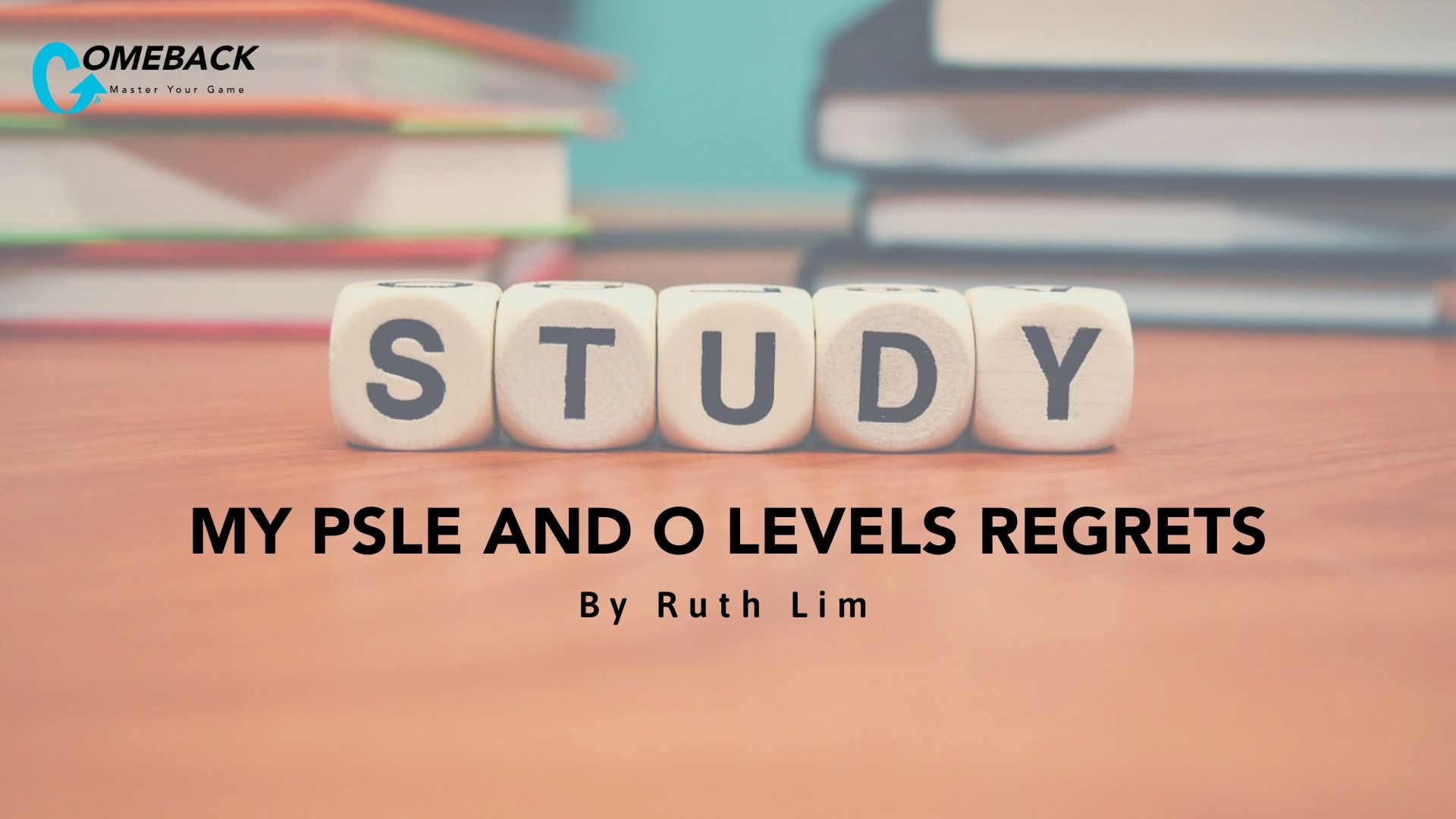 My PSLE and O Levels Regrets

I had two regrets growing up. The first was missing out on one question in my Mathematics paper during PSLE. This question cost me 8 marks. The second was missing the last page of my A Mathematics paper for O Levels, this time costing me 28 marks. The regrets were not only about my grades. It was painful not to be able to do my best. These two incidences were not coincidences. They were consequences of my behaviour that escalated because I did not consider it a problem until it was too late.

I had problem fitting in during Primary School. I was ostracised by my classmates and video games became my escape. My parents only allowed me to play video games during the June or December holidays. During school term, I found other ways to play video games secretly. Without my parents knowledge, I played a lot of video games to the extent that I slept five hours or less a day. Due to prolonged lack of sleep, I could not focus during my PSLE. This resulted in my first regret. There were no big consequences and I moved on to secondary school.

To be accepted by schoolmates in secondary school, I joined a CCA to fit the image of a holistic student. Behind all these, I was still playing a lot video games. Gaming was on top of the busy school schedule. I never talked about my video gaming to my schoolmates as gaming was not a cool or acceptable activity. By then, I played about 200 game titles. I thought everything was fine and I was managing. My accumulated sleep deprivation seriously affected my ability to focus. The end result was my second regret.

Even though the relationship with my parents were good, they could not understand why I was playing so much. Most of the conversations we had were about playing less games and studying more. I found it hard to share with them my problems, especially about being ostracised and having problems fitting in. At that point in time, I did not understand that games were my escape. All I knew was that I felt good playing games and I loved it. Games made me forget the problems and I was happy when I was gaming. When I was not gaming, I did not feel good. The negative feelings when I was not gaming increased over time. I needed to game more to make myself feel better and thus I ended up unable to control my gaming even when my exams were affected. I cried for my exams but I loved gaming too much to give it up.

My goal of going to a junior college was no longer possible after O Levels. Even at that point, I could not give up gaming. Instead, I went to Polytechnic to study game development, wanting to create the game of all games. In the game development course, I met many like-minded friends who love games. The lecturers were very understanding and genuinely care about us. As I learnt more about games, I understood myself as a gamer better. The community within the course also helped me build good gaming habits through friendships. When I understood how games are designed, the mysterious attraction of games began to fade away. I started to play less and eventually regained control.

When I look back at these two regrets, if there is someone older who understands games and me as a gamer to walk alongside me, things might be a little different now. Perhaps I would have done better for my O levels. A gamer role model will be helpful for me as I felt isolated and alone.

I believe in COMEBACK because it does not end with just helping us gamers to overcome games. COMEBACK brings us to a community where we have a sense of belonging. I was able to gain control when I found my “tribe” at the game development course. I was able to connect to a community where I belong. On top of this, COMEBACK is about walking the journey together so that we discover each of our life purpose with a hope for the future.

Ruth is on staff with SOOS OIO as an Esports Coach and co-developed TeleTrip, an offline gaming community event. She conducts DOTA 2 foundational classes and workshops for Esports Academy under SCOGA and also teaches the module “Team Management” in Informatics Diploma for Esports and Game Design. Ruth is also involved in the development of COMEBACK program.

Ruth graduated from Temasek Polytechnic with Diploma in Games & Entertainment Technology and SIT-University of Glasgow in Bachelors of Science with Honours in Computing Science. She also holds a CoachSG coaching certificate.

Well recognized in the DOTA 2 community, Ruth attended numerous international gaming tournaments, got to know and learnt from many of the top players worldwide. Ruth hopes to share her knowledge and experience to gamers in Singapore and beyond.