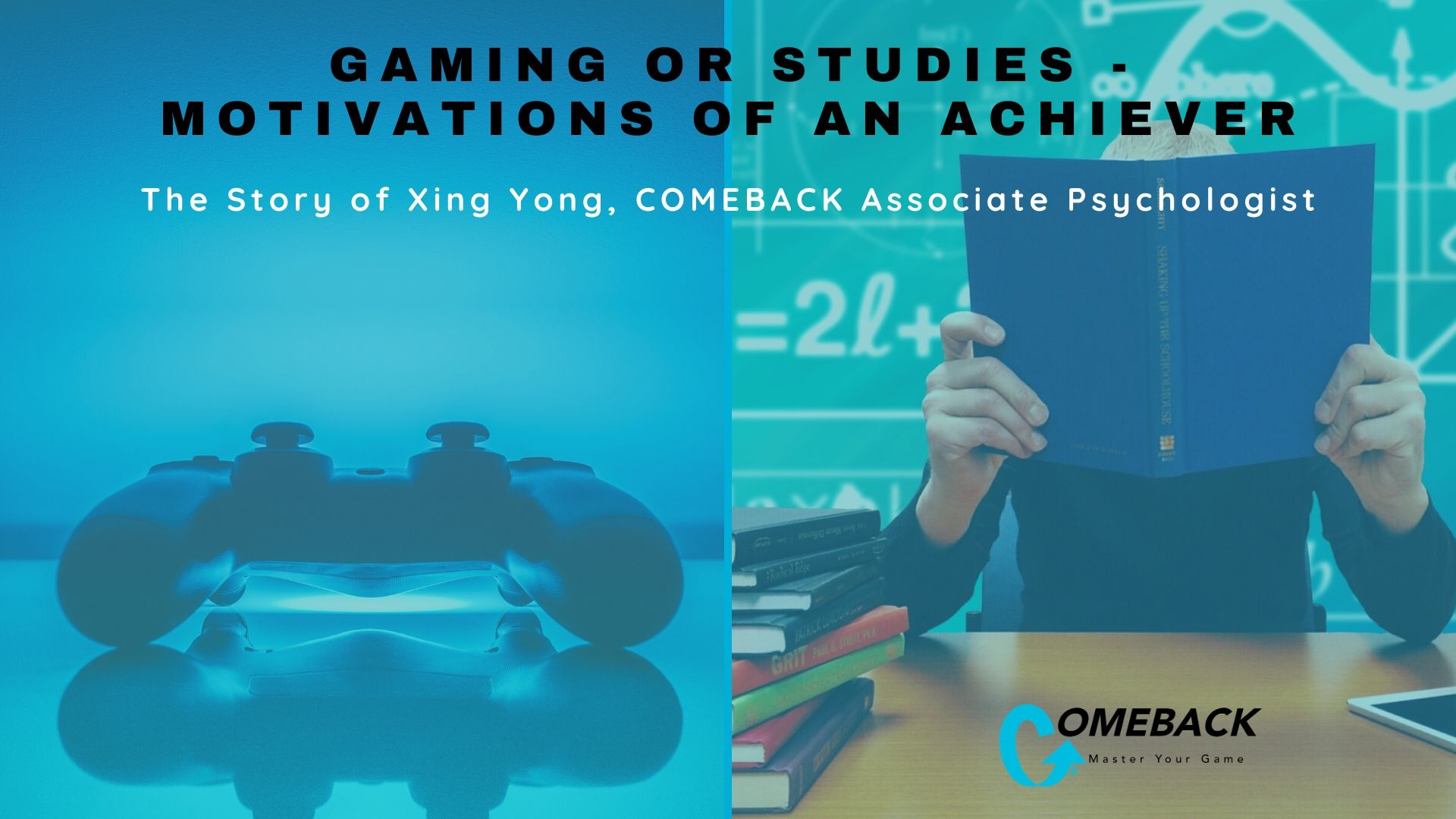 It is commonly believed that people get addicted due to the exhilarating nature of games. While video games are certainly arousing, my personal experiences seem to point at the cause of something deeper. Take it from me; after all, I used to be described as a ‘game addict’ by my own parents.

You see, my growing up life was characterized by excessive amounts of gaming. I often gamed throughout the day and into the wee hours of the night, only catching up on sleep the very next day – in class. Skipping school was a routine tradition, as I often alternated between taking MCs, forging parents’ letters, or straight up without reason.

You may wonder: why doesn’t my parents do anything? Do they not care? The thing is, they were both busy working to make ends meet and had little time to supervise me. The situation further expounded when my father was sent overseas to work, leaving the entire burden on my mother to manage both her career, housework, and myself. She did make some effort, conducting nightly spot checks and implementing security locks – measures that were easy to navigate through with time. In the worst case scenario, I could simply head over to a friend’s house, or a nearby LAN shop to play. Gaming meant everything to me.

My motivation toward games was simple: it was a drive toward achievements. I naturally gravitated toward popular, multiplayer games which were competitive in nature, giving me ample opportunities to triumph over others and prove myself (Modern examples included: Mobile Legends, Overwatch). To me, what solely mattered was the recognition and admiration from my peers that followed these achievements.

To be honest, there simply weren’t many opportunities for me to excel outside of games. I was barely coping with my studies and constantly met disappointment from both my teachers and parents. As a result, gaming was the only outlet. As I started to get better at a certain game, I would tunnel vision toward improving at it, sacrificing my studies and any other commitments in the process.

Things began to change during my Secondary school. Somehow, I was scoring well in my English and Humanities subjects, likely due to a good foundation in English and a natural interest toward History. It started as a series of small wins, in the form of occasional awards, and praises from both my teachers and peers. For instance, I vividly remembered my English teacher reading out my compositions to the class as a form of recognition. Even though these little moments were limited solely toward my class, it ignited a desire to do well in those subjects and compete for top place with my fellow ‘rivals’.

A critical moment happened during Secondary 4. As we belonged to the Normal Academic stream, we had to complete our ‘N’ levels in order to proceed toward Secondary 5. Back then, the ‘N’ level was assessed based on our best 3 subjects. These 3 subject system meant that I needed to only focus on one subject, as I was already proficient in my best two. ‘N’ levels came and went in a flash, although the results were certainly unexpected: I had scored first place for overall score in my cohort.

The thing is, I wasn’t considered as the forerunner prior to the examinations, although that has certainly changed since then. The entire experience fuelled a desire to repeat the success for ‘O’ levels, which led me to take drastic measures: unplugging the computer, purchasing assessment books, and even seeking my own tutors. My parents were visibly proud for the first time, and wholly supportive in my decisions. I felt unstoppable. Long story short, I managed to achieve first place again among my Normal Academic cohort, and landed in the polytechnic course of my dreams. It was truly befitting of a comeback.

Not Your Fairytale Ending

This is usually the part where I end with a ‘happily ever after’. The truth is, my Polytechnic years were a dark period, as I struggled to cope with my studies amidst being surrounded by hardworking and capable classmates. On the other hand, I was constantly being known among my peers for being good at games, thanks to the previous years of grinding. My motivation toward studies gradually dipped as I went back into my old ways of gaming.

Looking back at my life, I realized the existence of a swinging pattern – alternating between the extremes of gaming or studies – which continued to manifest itself over the years. The large swings seemed to depend on whichever I was capable of excelling and being recognized for, at that point of time. At least for myself, my game dependency certainly didn’t occur solely due to the thrilling nature of games.

As I continued pursuing my education in Psychology, I became acutely aware of the motivational tendencies of different individuals. You see, current psychological research on player personalities have indicated the existence of different player motivations – mine predominantly being the ‘Achiever’. This has been widely observed in a competitive striving toward achievements and higher status among my peers, in both gaming and studies, which was facilitated by an ‘all-in’ mentality toward either.

Although gaming still remains an integral part of my life, I find myself capable of managing my priorities and channeling my drive toward long-term commitments (work, relationships), much with the awareness of my own psychological motivation and supportive role models. Could the change have happened earlier? Perhaps, although I take comfort in my story that it is never too late. All these have led me to be fully invested in the COMEBACK program, as my past experiences and Psychology background has equipped me with the critical lens toward understanding the gamers’ underlying motivations, along with the innate desire and ability to connect.