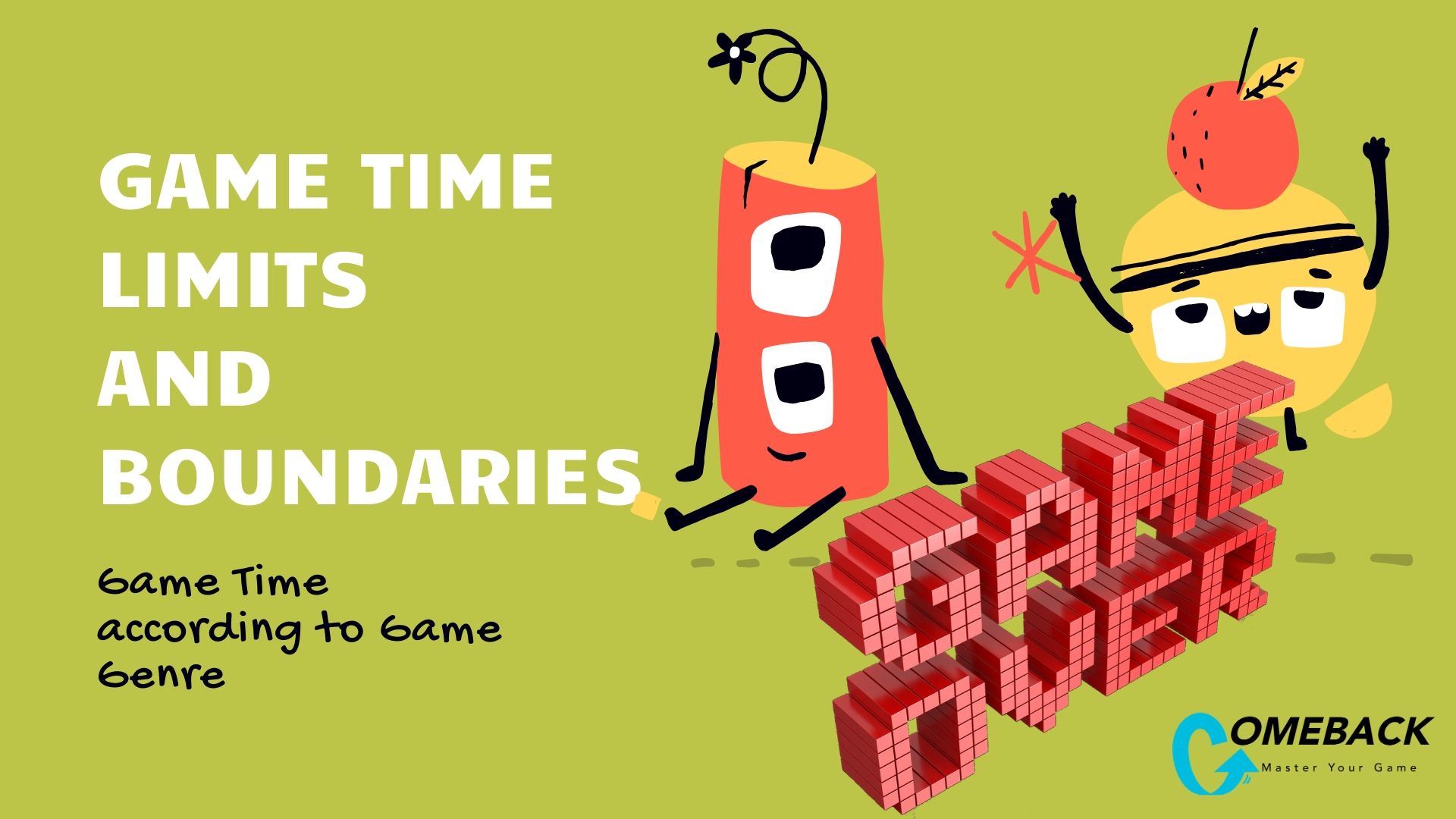 One question that we often received from parents is how much gaming time is enough. For gamers who are trying to control your gaming, you can try out our suggestion here too. There is no magic number of hours as much as we also hope to have as it makes our own game time scheduling a lot easier. The reason being is each person has different commitments in different areas in life at different time in life.

Our recommendation is to use the number of games instead of a definite time e.g., 2 hours to set play time limits. Having to stop in the middle of a game is very frustrating to a gamer and also to other gamers in the same game. To get around this, it is reasonable to measure limits by the number of games so that the chances of having to abandon other players mid game or suffer in-game consequences that will disadvantage them is avoided. A gamer can use the time after a game ends to choose to leave the game. Not an easy decision, just like how k-drama fans find it hard to not play the next episode when one ends. WIth a deliberate exercise of will power, it can be done relatively easier than when the game is going on.

A note to parents: playing only one game is usually undesirable as it is liken to a warm up round.

Here are the top 5 popular genres played and their game durations that can help gamers manage play time.

In the battle royale (BR) genre, there can be up to 100 players within a game. The goal is to be the last man standing. A game can last for up to 30 minutes.

Once the player is killed in the game, the player can choose to start the next game without waiting for the current game to end. This entices the player to keep going on and try to win.

Most first-person shooter (FPS) games are team-based and the winning team is determined by winning a particular number of rounds. The duration of the game can vary depending on how fast a team reaches the number of wins. The player cannot leave the game unless it is completed.

E.g. In Counter-Strike: Global Offensive (CS:GO), a game consists of 30 rounds. The winning team is the one that wins 16 rounds. If the team wins consecutive rounds, the game ends quickly. When both teams play neck-to-neck, it will take the whole duration of 30 rounds to determine the winner.  In such a case, the maximum time of a game is approximately 45 minutes.

In Multiplayer Online Battle Arena (MOBA) games, the players are required to work closely in order to take down the opponent’s main structure. Compared to BR and FPS, MOBA is slower in pace as one game can take up to 45 minutes minimally.

Thankfully, MOBA games on mobile phones are designed to be completed quickly, thus shortening each game’s duration significantly. Each game play is expected to last an average of 15 minutes, excluding the matchmaking waiting time.

The first player to win 2 out of 3 rounds wins the match. Each round is limited to 90 seconds and a winner is determined no matter what. If the player wins, they will be matched against other players and the cycle repeats until the player loses.

A game takes about 1 hour, including waiting time and considering that it is likely that they can win up to 5 players consecutively.

Instead of using rounds to determine the game duration, we use game modes to determine instead. The player could even be playing BR, FPS or even MOBA in a sandbox game. The player can also design and create their own game mode and world. The top two popular games mode would be Survival and Creative.

Creative: Building structures according to the player’s desire, which may require the player to collect in-game materials before doing so.

For sandbox games, due to the tendency of players surfing and loading different game modes, it would take 45 minutes approximately for each game.

We hope the short explanation helps you to have some information to make informed decisions. We have summarised what is discussed in a simple table below.